Music may have been the redeeming feature of 2020 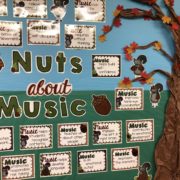 Music as a resource and the best of 2018
0 replies

Want to join the discussion?
Feel free to contribute!

Music may have been the redeeming feature of 2020

We use cookies to ensure that we give you the best experience on our website. If you continue to use this site we will assume that you are happy with it.AcceptPrivacy policy
Scroll to top